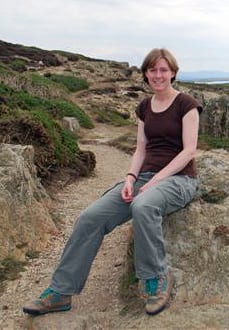 Around the age of 6 I decided (and announced to my parents) that I wanted to become a Hindu.

I was living in India at the time. The balcony of our first floor flat looked over a large field, which would, from time to time, be filled with large marquees and lots of coloured lights. Ladies would cook biryani in large pots over charcoals at the roadside and the bride would be beautifully dressed in a red and gold saree. These were Hindu weddings and I wanted to be a Hindu bride.

Soon afterwards we returned to the UK and I was introduced to the culture of primary school life with its associated forms of swearing. I copied what my friends were doing until a fellow Brownie, whose pack I had recently joined, told me that as a Brownie I should not be doing some of those things.

Another 7 years on I was on a weekend away with my youth group. I was listening to a talk about who Jesus Christ was; I was challenged to reassess my relationship towards Him. I had learnt about Jesus at home and in Sunday School and Holiday Bible Clubs. I knew the Bible stories and by that stage I vaguely identified with Christianity but I hadn’t really engaged with it or made any conscious decisions about it.

The speaker at this weekend away, said that if what Jesus says about Himself is true; that He is God’s son, who died for me, rose again and is Lord of all, then I needed to live as if He was in charge of my life too. That was when I decided that I did believe and needed to commit myself to a relationship with Jesus and to following Him. I suppose that is when my Real Life began, a life following Jesus that I know will never end. I discovered that, just as being a Hindu isn’t about wedding celebrations, being a Christian isn’t about knowing Bible stories, or behaving as a good Brownie. It is about responding to the person of Jesus, having a relationship with Him and trusting Him with every part of life, including my future.